This week, Year 5 have chosen Space for our Friday Library Recommendations and it’s been a real struggle narrowing down the books!

Ada And The Galaxies by Alan Lightman and Olga Pastychiv, illustrated by Susanna Chapman 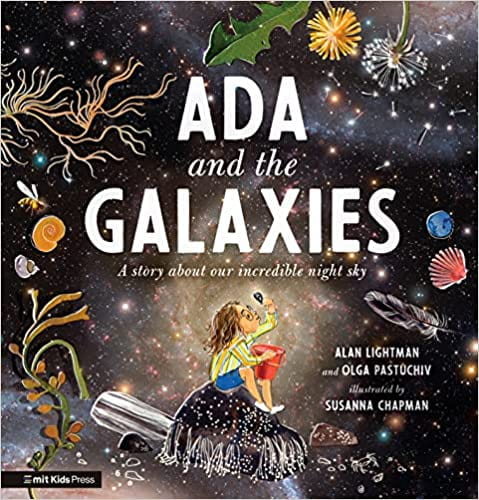 Stargazers rejoice at this beautiful, accessible and fascinating story about our incredible night sky, with stunning pictures from the Hubble telescope! There is so much for Ada to do while visiting her grandparents on an island in Maine, but no amount of beachcombing and kayaking during the day can take the place of looking at the bright and beautiful stars at night. She can hardly wait for the sun to set, but will a thick fog spoil her stargazing plans? Photographs taken from the Hubble telescope are seamlessly layered with charming illustrations to beautifully bring to life this enchanting story of a curious child and her caring grandfather, who share a love for our incredible night sky and the mysteries it holds. 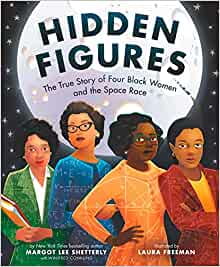 Bringing the incredibly inspiring true story of four black women who helped NASA launch men into space to picture book readers! Dorothy Vaughan, Mary Jackson, Katherine Johnson, and Christine Darden were good at math…really good. They participated in some of NASA’s greatest successes, like providing the calculations for America’s first journeys into space. And they did so during a time when being black and a woman limited what they could do. But they worked hard. They persisted. And they used their genius minds to change the world. In this beautifully illustrated picture book edition, we explore the story of four female African American mathematicians at NASA, known as “colored computers,” and how they overcame gender and racial barriers to succeed in a highly challenging STEM-based career.

An Adventurer’s Guide To Outer Space by Isabel Thomas, illustrated by Yas Imamura 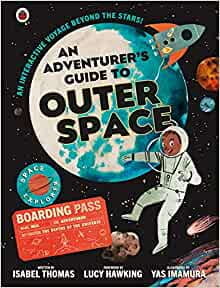 Pack your spacesuit and join adventurer Mia on a spellbinding journey to the depths of the universe, spotting spectacular constellations, discovering new asteroids and counting the sparkling rings of Saturn. On your way, you can visit: the Moon and Sun; the International Space Station; Mercury, Venus, Mars, Jupiter, Saturn, Uranus and Neptune; the Asteroid Belt; the Dwarf Planets; the Kuiper Belt; Exoplanets; the Milky Way and distant galaxies. With breathtaking facts and interactive space activities, this captivating book will excite and inspire the adventurers of the future. 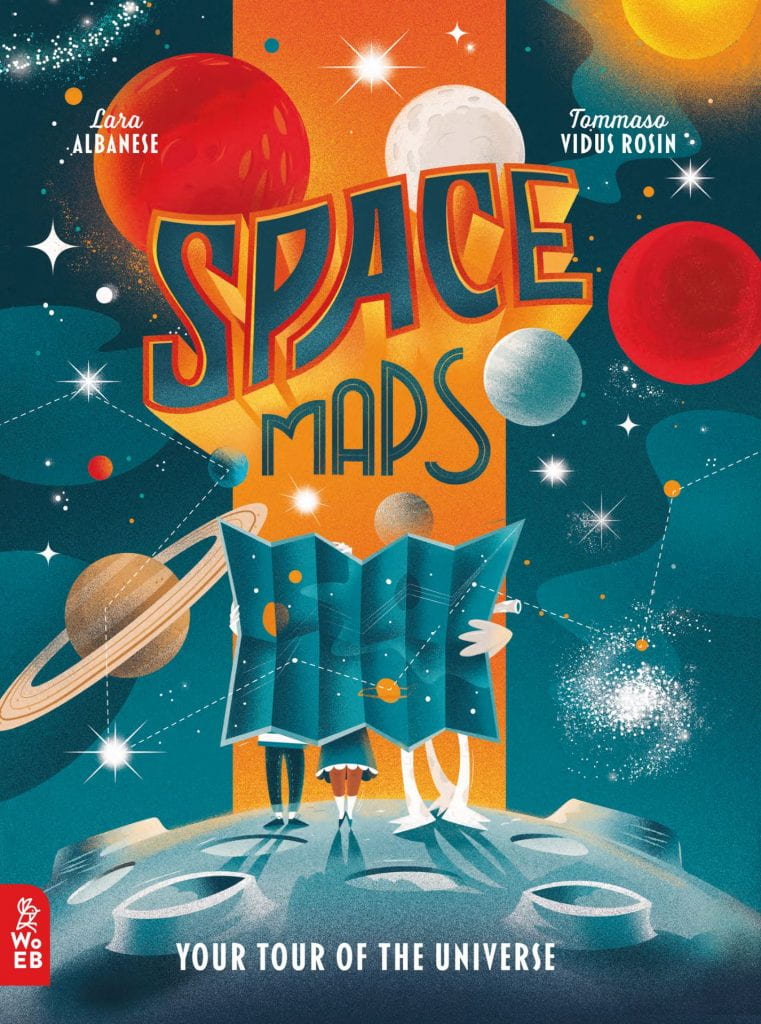 Do you want to go on a journey through space? Then all you have to do is look up at the night sky. What can you see?  This super-sized book of maps takes you on a space adventure from the stars to the solar system, and far beyond!  Marvel at the constellations, and learn what their names and patterns mean to different cultures. Then venture further out, past what the naked eye can see, and hop from planet to planet to explore Earth s celestial neighbours. Discover how humans have used rockets, probes and telescopes to explore space – and even stop off at the International Space Station to visit the scientists working there! Let Space Maps take you on a tour through the universe, with its 24 maps, stunning illustrations and amazing facts. Grab your telescope and get ready for the intergalactic journey of a lifetime!

How To Teach Grown-Ups About Pluto by Dean Regas, illustrated by Aaron Blecha 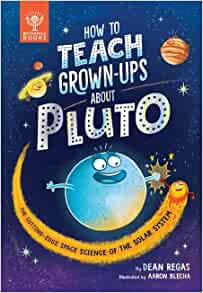 A witty guide to Pluto’s discovery and demotion, which puts kids in charge. Pluto has not been a planet since 2006. But this tiny world still inspires people of all ages while sparking controversy. In this delightfully witty book, astronomer Dean Regas teaches you how to educate your grown-up about the cutting-edge science of space, most crucially the reason why Pluto is NOT a planet any more. Delving into the history of space discoveries, the key players who have helped our understanding of the universe (including the 11-year-old girl who named Pluto in the first place) and the ever-changing nature of science, this book will equip every reader with the tools they need to bring their grown-ups fully up to speed, and to sneak in as many amazing astronomical facts as possible. And there’s a handy quiz at the end so that you can check your grown-up has been paying attention! 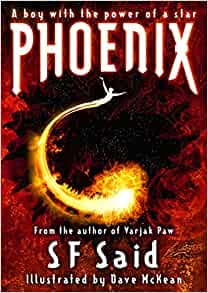 A BOY WITH THE POWER OF A STAR… Lucky thinks he’s an ordinary Human boy. But one night, he dreams that the stars are singing to him, and wakes to find an uncontrollable power rising inside him. Now he’s on the run, racing through space, searching for answers. In a galaxy at war, where Humans and Aliens are deadly enemies, the only people who can help him are an Alien starship crew – and an Alien warrior girl, with neon needles in her hair…

Sublime storytelling with soul, and one of the best books I have ever read! The words sing off the page in the same way the stars call to Lucky in this action packed adventure to save the universe. Dave McKean’s atmospheric illustrations capture the intensity and emotion throughout bringing an extra depth to S.F. Said’s lyrical tale. Phoenix mixes sci-fi with social commentary effortlessly, in a story that is heartfelt, captivating and desperately needed in today’s world. Children need stories that will help them to build empathy and understanding for others, to fire their imagination that the way things are doesn’t need to be the way things will always be, that we should be breaking walls down and not building them, and this is that story.  If our children take the messages in Phoenix to heart, and act on them, they will be able to imagine a friendlier, kinder future, and maybe, this book will go a little way to changing the world, because if we want to change the world, first we have to imagine it’s possible. 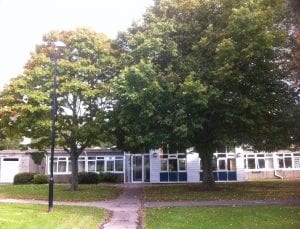